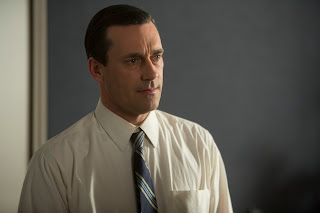 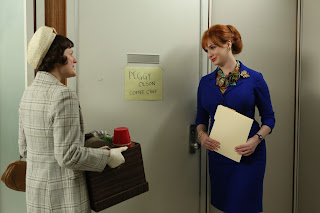 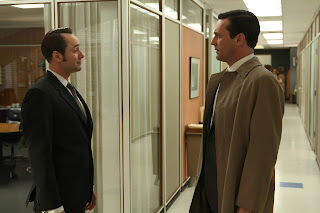 "Mad Men" spoilers below. Don't click through if you don't want to know.

"Mad Men" recap: I'm worried you're not getting enough ketchup 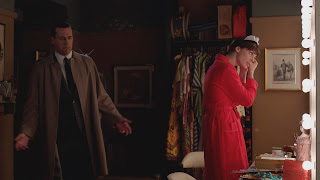 Mad Men recap: In which all the men on this show gross me out 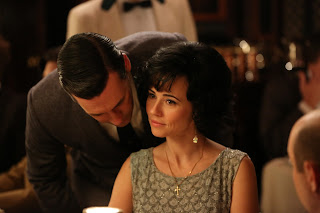 "Mad Men" recap: The Sacred and the propane 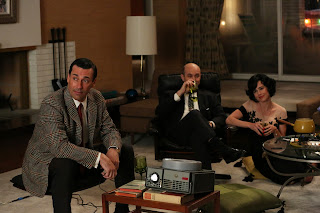 Spoilers for the season 6 premiere of "Mad Men" below. Don't click through if you don't want to know.

Emmys -- the good, the bad and the head-scratching

So, today the Emmy nominations were announced, and they were the usual mix of pleasing and puzzling. First, it was a really good year to be "Breaking Bad," "Downton Abbey" (moving from the miniseries category to the regular series category) or "Homeland" (unless you are poor Mandy Patinkin, who got lost in all the Downton love).

It was a bad year to be "Justified," which, other than a nod for Jeremy Davies as guest star, yielded pretty much no major nominations.

Here are some more of my thoughts on the good, the bad and the loony in this year's Emmy nods.
The good: Well, obviously, I love that "Breaking Bad" got so many nods -- not just for lead Bryan Cranston and second lead Aaron Paul, but also for the eternally overlooked Anna Gunn (who probably suffers from how much people seem to hate her character) and for season four MVP Giancarlo Esposito. Bonus: Mark Margolis's mostly silent (but brilliant) performance as Don Hector got a nod for best guest performance. I ding my bell in approval!

I also applauded the nomination of "Girls" in not just the best comedy category, but also in the lead actress category. Lena Dunham not only created one of the riskiest, funniest new shows of the year, she also gave an incredibly raw and daring performance as a fairly unsympathetic character. Love it or hate it (and her), "Girls" is an original, and it's nice to see something that risky get recognized.

Other things making me smile included the nod for Jared Harris of "Mad Men", whose searing performance in his final episode as Lane Pryce earned the nomination (even if he had little to in the episode leading up to it).
And yay to the "Homeland" love as well, with the expected best actress nod for Claire Danes, as well as a slightly more dark horse nomination for Damian Lewis.

The bad: Look, I love Michael C. Hall on "Dexter," but hated this latest season so much I couldn't even finish it. I guess we shouldn't punish him for that, but the truth is that Timothy Olyphant had a much stronger season on "Justified" than Hall did on "Dexter."  And yes, we love Kathy Bates and "Harry's Law" got canceled and all that. But there's just no way that she deserves a nod over Emmy Rossum, who continues to be amazing and heartbreaking on "Shameless."

Also,  I wish the Emmys could have found some way to show some love for HBO's "Luck." Yes, it met an unfortunate end, but it had some really good performances (including from marquee stars like Dustin Hoffmann and Nick Nolte), and I really think they deserved a little applause.

Lastly, how many times do we have to nominate Jon Cryer for "Two and a Half Men," people? I like him too, but the show stopped being good a while ago. I would have preferred to see the nod go to Danny McBride's brave, crazy work as Kenny Powers in the fourth season of HBO's "Eastbound and Down."

The insane: Um, I knew "American Horror Story" would be competing in the miniseries category (which is weird, but whatever), but I didn't know that ABC's short-lived "Missing" was using the same strategy. If it means Ashley Judd gets recognized for her fine performance on that show, OK. But it's still crazy. And it further illustrates to me that someone really, really didn't want "Luck" to get nominated for anything, or they would have used the same strategy for that show.

What did everyone else thing?

Hey! If you like what you see, please "like" me on Facebook. That way, you'll know when I update my blog and recap all your favorite shows!

Do you have any tips, comments or suggestions for this blog? Any shows you'd like me to write about? Any questions on a favorite series?
Then please Click Here To Email Me
I want to hear from you!